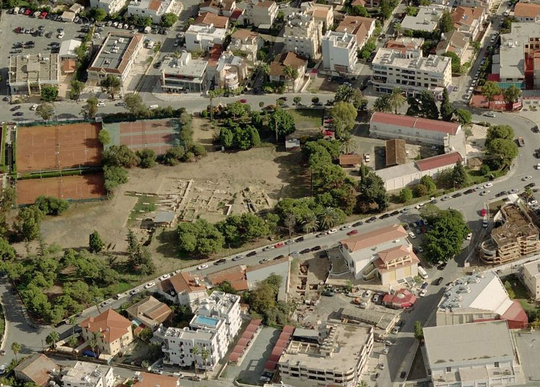 Founded in 1964 for the excavation of Salamis, the mission of the University of Lyon has conducted research since 1976 on the ancient city of Kition (under the modern city of Larnaca).

On the archaeological site of Bamboula, the excavations directed by Mr. Yon, made it possible to discover a Cypro-Phoenician sanctuary of the Iron Age and huge neoria (sheds for galleys) among the best preserved in Eastern Mediterranean. This building, adjoined by a harbor basin today filled, housed the war fleet of Kition kings in the classical era (5th-4th century BC).

Since 2008, the mission has undertaken a study of the topography of the city in the Iron Age, with the realization of a geographical information system (GIS). After a series of excavations in one of the necropolis of the city, at a place called Pervolia, a new program since 2016, focus on the geometric habitat in the northern part of Bamboula.
The French Ministry of Foreign Affairs and International Development and the HiSoMA laboratory (CNRS-Lyon2 University) are involved in the running of the mission. The Department of Antiquities of Cyprus supervises the works.

The site is closed to the public.