Discover the program of the Saion Francophonie 2022!

Every year, during the Francophonie month, the French Institute of Cyprus in collaboration with the Ministry of Education, Culture, Sport and Youth and the Ministry of Foreign Affairs of the Republic of Cyprus, their many partners and the French speaking embassies members of the International Organisation of La Francophonie, organizes numerous events, some online and others on place in compliance with health rules: conferences, concerts, exhibitions, film festival, school competition, etc.

All information concerning these events will be published regularly on this site. You can also find them on the Francophonie Facebook page, created especially for this occasion. Feel free to like and share this page!

4 March - 8:30 pm: Festival opening with the Cypriot film, Senior Citizen, presented by the Ministry of Education, Culture, Sport and Youth of the Republic of Cyprus. A glass of wine will be offered by the Ministry before the screening.

This conference by Jean-Claude Polet, Full Professor Emeritus of the Catholic University of Louvain, organized by the Department of French and European Studies of the University of Cyprus, as part of the course FES206 European Literature of the Middle Ages, with the support from Wallonia-Brussels International, initially scheduled for Monday 14 March at 6 p.m. - Room MBA B224 at the University of Cyprus East, is postponed to a later date. 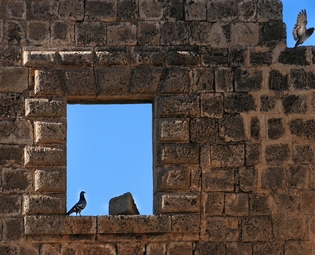 Duration of the exhibition: from April 8 to 15. 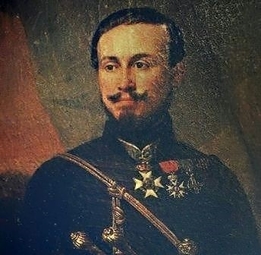 Date and place will be specified later.

Lecture by Mr Lambis Constantinides. Organized by the Embassy of Greece, in collaboration with the French Institute of Cyprus.

Colonel Olivier Voutier is a French Philhellene officer who took part in the Greek War for Independence, promoted the cause of the Greeks throughout Europe with his writing, and contributed to the expansion of the philhellenic movement internationally. 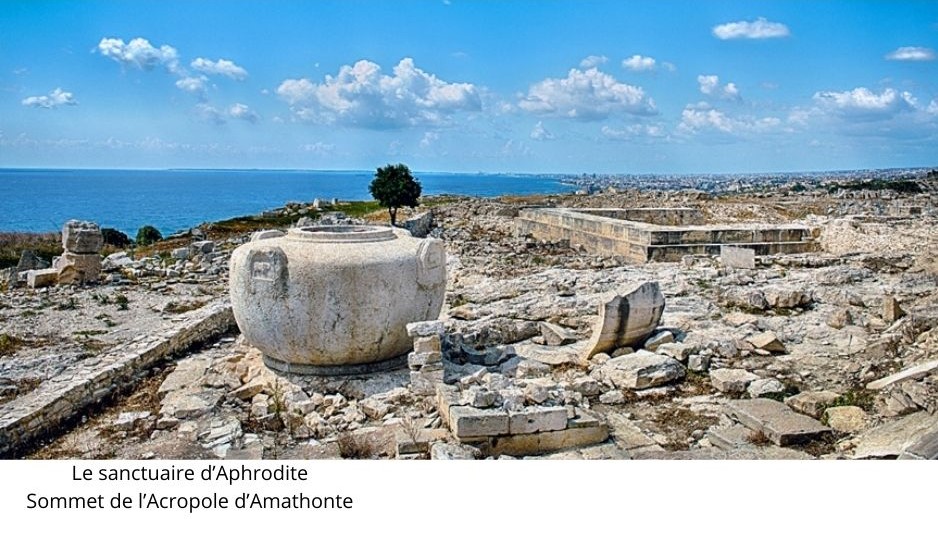 Lecture in French by Efstathios Raptou. Organized by the Association of Graduates of French and French-speaking Universities (ADUFF). 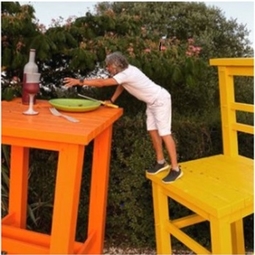 The Francophonie is mobilizing for the strengthening of health! Effects of confinement on our body

How can we, after all these adventures, fun at first, boring and stressful afterwards, regain the upper hand and give ourselves the will and the ambition to regain control of our bodies and weight? Become like before, and enjoy this experience, light for some traumatic for others and transform the negative into positive!

Organized by the Association of Graduates of French and French-speaking Universities (ADUFF). 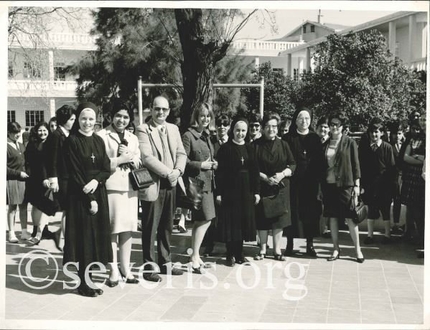 Mr. Sylvain Béraud’s brother, Mr. René Béraud, will be at the opening which will take place on Friday, March 18 at 5:00 pm. 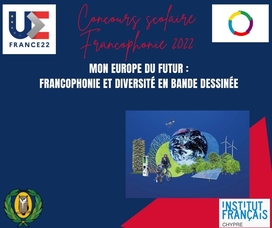 Finale and Prize awarding ceremony for the winners of school competition

Coorganized by the Ministry of Education, Culture, Sport and Youth and the French Institute of Cyprus.

Painting exhibition : "Dialogue, remembrance of the past"

By Lebanese artist, Alia Corm. From the 24th of March to the 22nd of April. Under the patronage of the Lebanese Embassy in Cyprus.

Opening on the 24th of March at 7:00pm. French Institute of Cyprus.

Alia Corm is a French-Lebanese painter, in this exhibition she presents paintings and watercolours inspired by the work of her grandfather, Georges Daoud Corm, an important figure in Lebanese Art History.

As an abstract painter, Alia Corm ventures in figurative art by depicting Lebanese and Cypriot landscapes, revisiting mountains, traditional houses, and the colour’s vibrations of the Mediterranean Sea. Hence, she pays tribute to her grandfather whom she could never meet, in a dialogue made possible through painting. 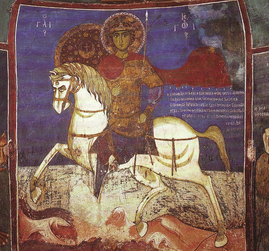 Lecture in French by Stavros Lazaris. Co-organized by the Cultural Heritage Center and the Association of Graduates of French and French-speaking Universities  (ADUFF).

Through three case studies, this lecture will focus on the perception of Byzantine man vis-à-vis animals and his relationship with them. Did the Byzantines view animals as inferior beings? as instruments (e.g. in their medical practices)? as a companion (to overcome their loneliness)? as a model of human ethics? By studying Byzantine conceptions of animals, we can better understand certain Byzantine mentalities, since, as K. Thomas stated, it is impossible to separate the idea that men of the past had of plants and animals from the idea that  they had for themselves. This lecture, introduction of an ongoing study, will then make it possible to identify the Byzantine civilization with a new eye through the study of the relations between men and animals and the evolution of their relations.

The competition will be preceded by Master Classes/Seminars on the 28th and 29th of March with distinguished specialists related to the theme of the competition leading up to the day of the event. Master Classes and/or Seminars will be open to students and institutions (faculty and other students upon request and based on availability) participating in the competition. 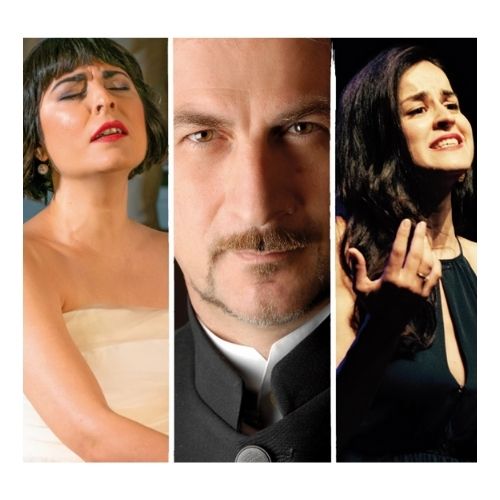 Thursday 31 March - Rialto Theater (Andrea Drousioti 19, Limassol 3040). Organized by the Alliance française de Limassol, in collaboration with the French Institute of Cyprus and the Embassy of Switzerland. With the support of the Cultural Services of the Ministry of Education, Culture, Sport and Youth. Tickets 10 &15 euros.

The baritone Kyros Patsalides, the soprano Zoé Nicolaidou link their world of classical singing to the light/jazz repertoire of Vakia Stavrou, to offer a musical show traveling through the cultures of different peoples. These three internationally renowned Cypriot artists, accompanied by excellent musicians, perform nostalgic and passionate sounds of global hope. This multicultural concert is for everyone, uniting nations and peoples through music, and encourages peace, dialogue and joint creation.

Meeting of the public with popular composers from all over the world and in particular from France, Italy, Switzerland, Spain, Greece, Cyprus and Latin America, inspired by the values of their life and their culture. 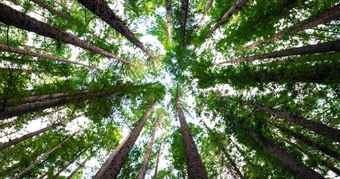 Opening of the Francophonie Park

The date of the event will be specified later. Organized by the Ministry of Foreign Affairs of the Republic of Cyprus. 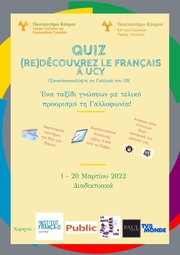 Organized by the French section of the Language Center and the Department of French and European studies of the University of Cyprus in collaboration with the French Institute of Cyprus. 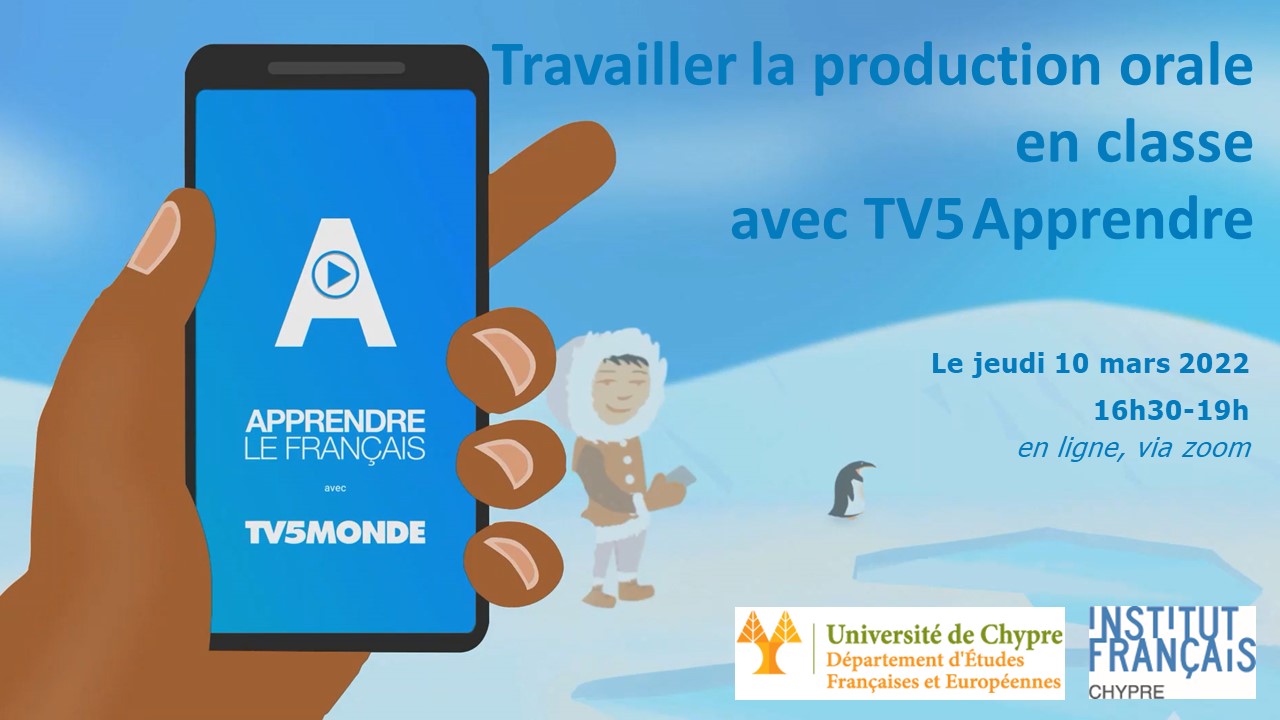 Working on oral production in class with TV5Apprendre

Online workshop for teachers of French as a foreign language. Instructor: Sylvaine Gautier

Organized by the Department of French and European Studies of the University of Cyprus in collaboration with the French Institute of Cyprus.

Working on oral production in class with TV5Apprendre

Synopsis: Carole  and Caroline are two young women who appear to have nothing in common. The first is a shy computer programmer who lives a hermit-like existence with her mother. The second is a career pickpocket who preys on the rich patrons of hotels on the Riviera. Summoned by a lawyer's office these two women discover that they are sisters. Their father, Patrick, a high-profile burglar gathers them to prepare a final break..

Synopsis: In occupied France, Maurice and Joseph, two young Jewish brothers left to their own devices demonstrate an incredible amount of cleverness, courage, and ingenuity to escape the enemy invasion and to try to reunite their family once again.

Synopsis: Elias is an immigrant in his twenties who tries to get to Europe by a boat along with other illegal immigrants. When the boat is near the Greek shores and they hope they will soon disembark, a marine patrol approaches and Elias jumps into the sea in order to avoid arrest. So do the other people in the boat. He wakes up next morning in a shore with nudists, which is not so bad after all, since he has lost some of his clothes while he was swimming for quite a few hours. He pretends to be a nudist himself, steals some clothes and he pretends he is an employee of the hotel "Eden Club-Paradise".