The French Institute of Cyprus will participate to the 1st edition of WIP Showcase (Works in Progress Showcase) organized by CYENS, the Research Center of Excellence in Cyprus for science and digital technology, with the presentation of augmented reality films. From 1st to 3rd November. Launch party on Monday November, 1  at 17:00. CYENS (Dimarchias Square 23, Nicosia 1016). Opening hours 2 & 3/10: 10:00am - 9:00pm.

Three projects led by students from local universities, an Austrian art and design school and the CYENS teams will be presented.

In addition, a series of Virtual Reality videos will be screened, under the aegis of the French Embassy and the French Institute of Cyprus.

“Virtual reality, is an intriguing oxymoron to describe one of the most exciting and creative media of the last couple of years. In the field of immersive realities, French production best depicts the wealth of creative opportunities brought by the digital revolution, including: new forms of narrative, aestheticism,  new ways of enhancing the value of work, thinking and learning ."  Agnès Alfandari, Director of the digital department at the Institut français.

What is virtual reality?

Virtual reality is a technology that simulates the presence of the spectator in a virtual world, in order to fully immerse him in a content, a story, a work. The spectator must equip himself with a virtual reality headset which allows a 360 ° degree vision, thus placing him in the heart of the action, and isolating him from the real environment in which he finds himself. The experience can be narrative or interactive, individual or collective, and sometimes hybrid, mixing a tangible creation (dance, theater, etc.) with the virtual universe. Sensory immersion and isolation, combined with the quality of the content, make virtual reality productions a strong, rare and exciting experience.

In recent years, the democratization of access to technologies and software for producing immersive environments has enabled authors, artists and producers to seize immersion as a ground for creation. Bolstered by quality training and know-how in the fields of cinema, animation, video games and interactive creation, France has seen many French professionals take ownership of these technological advances and develop a new genre of narrative experience. New artistic approaches are emerging and combine several worlds at the crossroads of cinema, video games, sound creation, dance or theater. 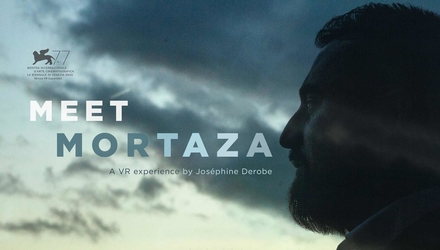 Meet Mortaza VR tells the twelve-year-journey of a young man who wanted to live free. The experience plunges the audience into Mortaza’s recollections, sharing his intimacy, dreams, doubts and fights for freedom. Meet Mortaza VR is a poetic form of documentary that tackles the themes of exile and asylum in an intimate and positive way. Following the traces of his journey from Kabul to Paris, the experience gradually prepares the audience to discover Mortaza himself. 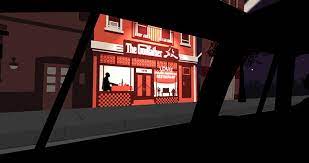 A VR journey into the world of cinema. Kinoscope is a VR experience immersing the spectator into a lively and colorful universe to discover the history of cinema lead by the voice of the Hollywood legend Dean Tavoularis, motion picture production designer whose work appeared in numerous box office hits such as The Godfather films, Apocalypse Now, The Brink’s Job, One from the Heart and Bonnie and Clyde. 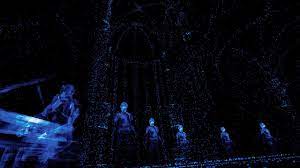 Notes on Blindness: Into Darkness

Notes on Blindness: Into Darkness is an immersive virtual reality project based on John Hull’s sensory and psychological experience of blindness. In 1983, after decades of steady deterioration, writer and theologian John Hull became totally blind. To help him make sense of the upheaval in his life, he began documenting his experiences on audio cassette. Over three years he recorded in excess of sixteen hours of material – a unique testimony of loss, rebirth and renewal, excavating his interior world of blindness. These original diary recordings form the basis of this project, a six-part interactive documentary using new forms of storytelling, gameplay mechanics and virtual reality to explore his cognitive and emotional experience of blindness. Each scene will address a memory, a moment and a specific location from John’s audio diary, using binaural audio and real time 3D animations to create a fully immersive experience.

Birth of the first masterpiece of humanity. Our humanity’s first masterpiece was created 36, 000 years ago in Ardèche, France. Within Chauvet Cave lies thousands of drawings, enclosed forever. The Dawn of Art is a Virtual Reality experience, including both an immersive film and a virtual visit of the cave that invites you to meet your prehistoric ancestors, the first humans who ventured in a deepsubterranean world and left their marks preserved on the walls. Let Daisy Ridley guide you in your discovery of the Chauvet Cave, a Unesco World Heritage Site, considered one the greatest scientific breakthroughs of the XXth century. The Dawn of Art is not just a tour, but a storytelling experience, sparking emotions, and totally immersing you in the past, mirroring the way the First Men were immersed in their painted caves. 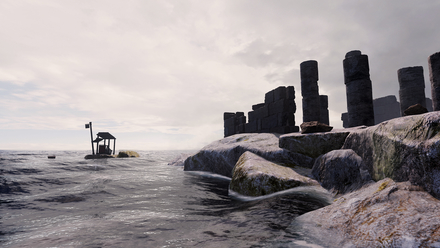 Isle of the Dead

Isle of the Dead is a timeless journey, starting from an everyday apartmenttowards our final destination, guided by Charon, ferryman of the Underwor-ld.